Seriously, you should go to one of Paul’s parties: He’s super friendly. 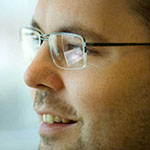 Paul has been using computers since his mom sat him in front of a Commodore 64 with a 'Learn to Program' textbook. He's taught PHP, dabbled in Ruby, written a book, and started WonderProxy. His days are occupied trying to talk about "Strategic Vision" with a straight face and building WonderProxy's team and products.

Will has been fixing computers ever since his family first bought one; breaking things is always the best way to learn! He focuses on maintaining WonderNetwork’s collection of servers and dealing with support in different languages of course! You should ask him why Paul isn’t allowed to buy servers anymore. Will enjoys reading, running, and skiing. 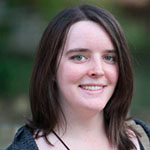 As awesome as she is modest, Allison manages WonderNetwork’s books, maintains customer relationships, codes, and writes copy. A bonafide Master of Information (University of Toronto, 2013), Allison is an information architecture-obsessed technical writer at MongoDB, and spends her evenings blogging & knitting up a storm. 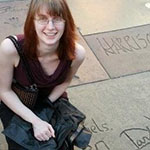 Gemma is a software engineer, video gamer and recovering classical violinist who has been developing PHP web applications since before PHP5 (and applications in C, .NET and Delphi since before then). She and her husband live with their dog in Norway, where they bike around the fjords for fun. 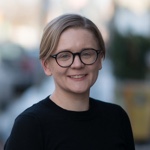 Mari is a librarian with lots of feelings about user experience and service design. She likes taking on new projects to learn new things, whether that means building province-wide library services or annotating Hamilton lyrics on Genius. Mari spends her downtime in Toronto relearning Estonian, teaching her cat new tricks, and playing board games (badly).

Presently performing Accounts Payable at WonderProxy part-time. Laura lives on a hobby farm with her husband, 3 Australian Shepherd dogs, and 2 cats. Her hobbies are snowmobiling, going to the gym, lunching with friends, and riding and showing her horse Evie with her daughter.

As a growing operation WonderNetwork frequently leans on friends and colleagues for assistance in various ways — if web development was a party, these would be the people who show up early with extra ice and stay late to help with the dishes!